Lord Disick Arrives at His Own Party

The only way to describe Scott Disick is that he is a hot mess. In a new preview clip for “Kourtney & Kim Take Miami,” he decides it is a great idea to throw a party in his own honor. Kourtney is out of town and then the cat is away the mouse will play.

Scott is a bit crazy in this preview. He dresses in a crazy costume and arrives at his own party. He keeps calling himself Lord Disick and going on and on about himself. He has went as far as to get a court jester, sparklers, and everyone has on crowns at dinner.

Scott Disick has been drinking away at dinner. Everyone knows how this man gets when there is alcohol in his system and it is not pretty. Kourtney would be so mad if she was there watching him act this way.

Don’t miss “Kourtney & Kim Take Miami” on March 17 where Lord Disick has his own party. 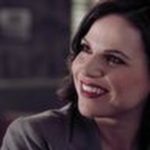 ‘Once Upon a Time’ Preview for ‘Welcome to Storybrooke’