Jeremiah Raber’s of “Breaking Amish” has an ex-wife and she was about to speak out. She talked to CBS21 and said the show was fake. Now she will not return their calls because she says that TLC offered her whatever she wants to be quiet! I have to wonder how much money she could have ended up with from the show for her silence. She quit talking so it must have been worth it to her. Check out the video below.

It honestly does seem like this show is fake to me. The people on this show used to be Amish, but they have all moved on to other lives. Now they are pretending that they were Amish again, but need to get out of the lifestyle. Do you believe that this show is totally fake? I personally don’t believe any of it anymore. I would love to hear your thoughts in the comments below. 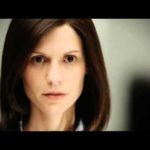 Photo of Kate Gosselin’s Spoon Called ‘The Spanker’ Come Out