“Big Brother 14” is airing new episodes three times a week, but tonight fans didn’t get to see one. If you aren’t following the live feeds, you will never even know that the game lost a player tonight. Willie Hantz ended up getting himself kicked out of the game.

His brother Russell Hantz was on “Survivor.” He was known for having a temper, but Willie showed today that it is the entire Hantz family that acts that way. He yelled and screamed at everyone calling them names, but that was not what got him kicked out of the house.

Willie Hantz got mad at Joe and ended up headbutting him several times. This will not be tolerated in the house and he was sent home. His picture already shows as black and white on the “Big Brother 14” wall. Are you shocked by his actions? Sound off in the comments below.

Fans will get to see it play out on Sunday’s new episode of “BB14.” 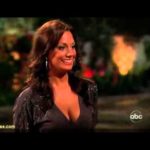