“Big Brother 14” is just on its second week of nominations, but fans haven’t been able to see who was nominated or who won the POV yet. If you are looking for “BB14” spoilers, you are in the right place. By paying close attention to the live feeds, you can figure out this great information. If you haven’t checked out the feeds, you can do it by clicking the link below.

Frank is the HOH this week and he put up JoJo and Shane as the nominees. Both were given the chance to win the POV competition and save themselves. Wil, Ian, and Ashley also got to play and of course Frank did as the HOH. D you want to know who won?

Shane Meaney won the Power of Veto and will be able to pull himself off the block this week! He may have just saved his game. Are you happy he won? 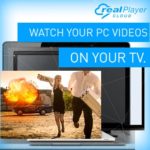 ‘Big Brother 14’ Live Feeds Are Getting Crazy! Try Them Free