Will ‘Dallas’ Be Returning for Season 2?

Fans of “Dallas” watched the season finale tonight, but all they could wonder was if the show will be back for a second season. I know this show quickly became one of my favorites over the summer and I fell in love with the characters.

Back in June it was reported that yes “Dallas” will be back for season 2! This show will be returning and we will get to see all of the drama unfold in 15 more episodes of the show.

The only problem is that we won’t get to see the Ewings back on TV until 2013. The show will be returning in January so we do not even have to wait until the summer to see it. I was excited to hear this news about “Dallas.”

Do you enjoy “Dallas” on TNT? Are you glad to see it coming back for season 2 on the 2012 TV schedule? Sound off in the comments below.

Tags: dallas, dallas season 2, was dallas renewed, will dallas be back for season 2 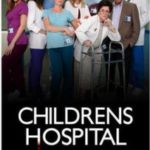 ‘Children’s Hospital’: The Best Excuse to Not Work on Saturday