Yesterday Donald Trump made his huge announcement about Barack Obama. It sounded like it was going to be something huge, but instead he was just trying to talk Obama into releasing his college transcript. If you missed it, you can see it here.

Last night Barack Obama appeared on “The Tonight Show with Jay Leno.” On the show, he mocked Trump and their problems. Check out the video below! I have to admit it was pretty funny! 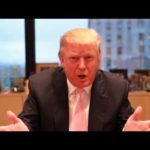 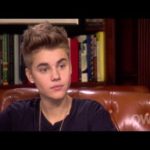 Preview of Justin Bieber on ‘Oprah’s Next Chapter’