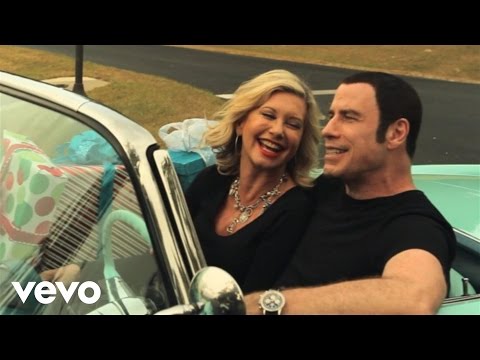 If you were to ask me my favorite movie, it is “Grease” hands down. I love that movie and even have introduced it to my daughter. Now on that note, John Travolta and Olivia Newton-John totally creeped me out with their new song.

This video, which can be seen below, is a Christmas song called “I Think You Might Like It.” They are even trying to call it a sequel to “You’re The One That I Want.” I have no idea what is sequel about this song. It is totally weird and creepy.

The two are out there trying to do some kind of weird country dance and singing very off key. The best part of the video is the cute young soldier who isn’t afraid to try and dance away even though he could use a few lessons.

I just don’t even know what to say about the new song from Olivia Newton-John and John Travolta. It creeped me out, does not deserve to be called a sequel, and I will never ever listen to it again! This song is on John’s Christmas album if you are interested in hearing more.