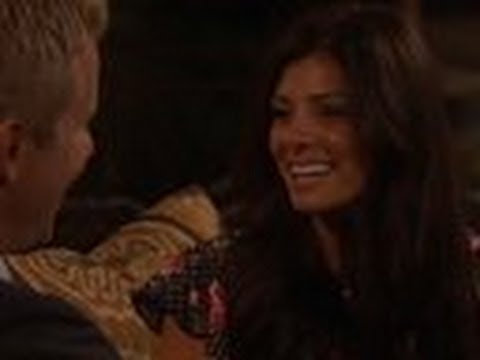 Selma Tells Sean About her Cooking on ‘The Bachelor’ 2013

In a new deleted scene from “The Bachelor” 2013, Sean Lowe hears all about Selma’s cooking from her. This scene didn’t make it on the show. She says that she has been cooking all week since she didn’t have dates with Sean and she doesn’t sound like she minded at all.

Selma goes on to tell him that she would make him anything she wants and that carrot cake is her favorite thing to bake. Sean even teases her that he would put a ring on her finger right now if she pulls out a carrot cake. She even teases him that he can’t eat it all the time and put on weight. Selma does go on to say that she really doesn’t mind though and she is a personality girl.

It looks like some sparks are flying between Selma and Sean on “The Bachelor” 2013. What do you think of these two together? Sound off in the comments below.