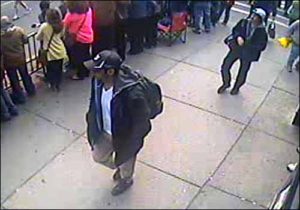 The FBI has now released photos of the two bombing suspects from the Boston Marathon explosions. They are begging the public to help identify these two men who they believe were involved.

They are calling them Suspect 1 and Suspect 2. They saw Suspect 2 sit down a backpack right where the explosion happened. These two men were also seen walking together through the area. They do have some pretty good quality photos out at this time.

The FBI is asking the media to help get these images out and help them identify these two men who they believe were involved in the bombing. You can check out all of the photos on FBI.Gov.

They say that the nation is counting on people to come forward with information. They want every single small piece that you might have about them. They are considered armed and extremely dangerous. They do not want anyone that is not law enforcement trying to approach them. If you see them, please contact law enforcement. 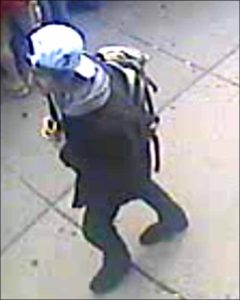 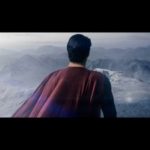