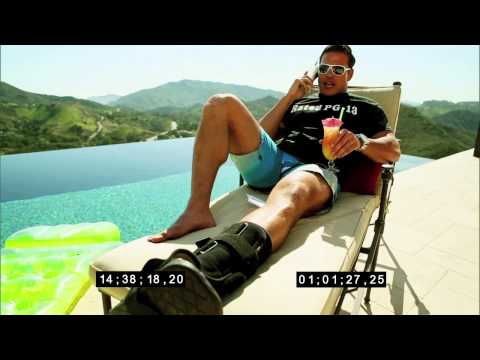 Desiree Hartsock’s Video With Soulja Boy and ‘The Bachelorette’ Guys

If you have not seen the new music video by Desiree Hartsock of “The Bachelorette” 2013, then you are missing out! This video is hilarious. It has the guys from the upcoming season but also has Soulja Boy helping them do a rap. It had me laughing out loud!

They make fun of a few of the favorites from past seasons. Wesley Hayden know that love don’t come easy and so does one of the guys who pretends to be the country singer. Another guy is wearing a shirt that says “Rated PG-13.” It is a total dig at Justin “Rated R” Rego, but it is so funny even Justin had to enjoy it! They tease about his girlfriend at home and his broken leg.

The best part was the part where they talk about “The Mesnick.” Jason proposed to Melissa Rycroft and then changed his mind, but all has worked out great for them in the end. Make sure you check out the video below of Desiree Hartsock and her guys singing with Soulja boy.

Blake Shelton and Miranda Lambert Sing ‘Over You’ on ‘The Voice’