Giada De Laurentiis cut her finger today while working live on Food Network Her fans were really worried about her as she rushed off the stage, but she quickly made it back after being taped up. It was surprising to see it all go down, but then she went to her Twitter page to share a picture of her finger.

Giada teased that it was just an adjustment to her normal mani. She was even able to make it back out there to work after about fifteen minutes or so. It was nice to see how well she handled it all though and people were a bit shocked watching it all go down.

Did you see Giada De Laurentiis cut her finger? The show did break for a commercial so that she could get it taken care of but a lot of people watched it all happen live. Sound off in the comments below. 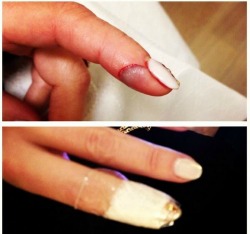 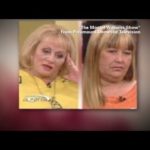