‘BB16’ Spoilers: Zach and Frankie Have a Secret Meeting

There is a new bromance or showmance or whatever you want to call it in “Big Brother 16” house and it is between Frankie and Zach. I shared more about this crazy combination over on All Voices today. It does look like there is at least an alliance between these two.

On Saturday of week 1, they had a big secret meeting and it was all on the live feeds. You can watch the video below. The clip is only about two minutes long but it tells fans enough to know that these two are working together. They could make for a great alliance but it is very obvious to everyone they are a team so they might try to split them up as well.

These two are alone for the big meeting. Go into the video about 30 seconds to Zach come into the room and end up by himself to talk to Frankie. They made sure that nobody was around at all and talked. Frankie said that they have a back up plan and he doesn’t want him to feel like he needs to scramble.

Zach and Frankie talk about not losing their cool. Frankie keeps saying they will just keep diffusing. They are working together and have high hopes of making it to the end of “BB16” together. 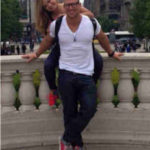