Josh Murray of “The Bachelorette” 2014 knows how to win a girl over. In a deleted scene from the show, he gave her ten roses. This all went down while they were at the baseball field. The cameras were around but nobody else was there to see his sweet gesture.

Murray came back with them behind his back ready to surprise Andi. He made sure to explain what they meant to her and Andi really seemed to like the gift from Josh.

Here is why he picked out ten roses for his girl. It is ten roses that are a gift for her. This was to represent the seven roses he already got from her and the three more that he is expecting to get from her later on. Josh showed that he really does think that he will win it all.

Don’t miss new episodes of “The Bachelorette” 2014 on Monday nights on ABC. Just wait and see if Josh is the one who wins it all. 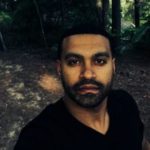 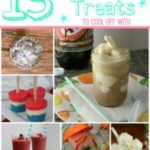 15 Summer Treats to Cool Off With