Justin Hartley left “The Young and the Restless” to join the new show “This Is Us.” So far, this show is a big success, and it looks like Justin made the right move. Just Jared is now sharing Justin’s thoughts on the fact that his new show is being compared to “Parenthood,” which was a very successful show.

Justin was actually at the “Big Brother 18” finale party and Parade got the chance to talk to him. Here is what Justin said about “This Is Us” being compared to “Parenthood.”

So far, fans are loving the new show “This Is Us.” It has only aired one episode so far, but another new one will air on Tuesday night on NBC. You can catch the first episode online if you missed it.

What did you think of the new show “This Is Us”? Do you feel like Justin Hartley made the right move by leaving “The Young and the Restless”? Sound off in the comments section below on your thoughts, and make sure you check out my group for “This Is Us” on Facebook. 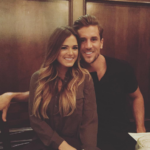 JoJo Fletcher and Jordan Rodgers Give An Update: Is a TV Wedding Coming? 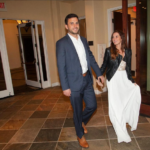