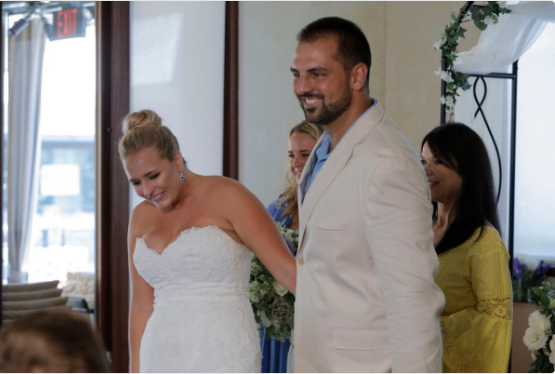 Could You Support Your Spouse Through A Huge Change? The Couples On ‘Altar’d’ Show How

When you get married, it is for better or worse. Some people have a hard time sticking by their spouse when they go through a huge change. The show “Altar’d” on Z Living shows exactly how hard it can be to stick by someone during a difficult time, but these couples make it work.

Here is what “Altar’d” is described as by Z Living.

“Altar’d separates soon-to-be-married couples for 90 days as they each complete their wedding weight loss transformation, guided by the hosts and fitness experts, Chris Marhefka and Erin Stutland. Their journeys are both inspiring and emotional as they get ready to reveal themselves to each other on their wedding day.”

When I got married to my husband, I went into it knowing he was in the military and a police officer. I loved him for who he was and knew that these things would be a part of our daily life. Thanks to him I now love the sound of velcro and have more military uniforms than I will ever know what to do with, but this is our life, and I love every second of it.

About eight years ago, my husband went to Iraq on a deployment. I went through a pregnancy on my own and had to give birth to my daughter without him there to hold my hand, but I knew he was doing what he loved to do and that it was a calling for him. This may have been a rough year, but it made us stronger, and I stood by his side through every second of it.

Recently, he was promoted to Sgt. at his job as a police officer. I am really proud of this promotion, but along with it came him making the big move to night shift. This shift isn’t easy for anyone, but being a police officer is not just a job to him, it is who he is, and I support him no matter what. I now sleep a split shift pattern because to be honest I really do like the guy and love to spend time with him. I will stay up late until around two or three in the morning so that I can spend time with him, sleep a few hours, then one of us takes the kids to school, then I sleep a little more. I am very lucky to be able to work from home and do this, but making sacrifices for him isn’t something I would even have to think twice about and I know he would do the same.

Have you ever had to stick by your partner during a huge change in their life? Do you think that you would have problems sticking by your partner when they made a huge lifestyle change like on “Altar’d”? Sound off in the comments section below and catch new episodes of “Altar’d” on Tuesday nights on Z Living.

Disclaimer: I was compensated for this post, but the story and opinions here are my own. 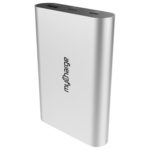 myCharge RazorPlatinum Is The Perfect Charger For Travel 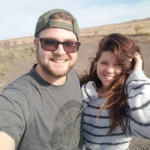 Amy Duggar, Dillon King Reveal If They Had Sex Before Marriage