Jax Taylor and Brittany Cartwright are still together, but the couple is admitting that the upcoming season of “Vanderpump Rules” was hard on them. Us Weekly shared what the couple had to say about what was going on with them.

They got the chance to talk to Jax at the 2nd Annual Vanderpump Dog Foundation Gala in L.A. and he said that on the upcoming season they undergo “a lot of drama” and “a lot of chaos.” Jax went on to explain.

“It’s the longest out of all the seasons. There’s a lot of ups and downs. Every relationship’s tested I think every year, but I think this year, ours was definitely tested a little bit.”

These two are still together and posting pictures on social networks, so it looks like they were able to make it through whatever was going on with them. Brittany did share that they want children, but she wants to get married first and they aren’t even there yet. They have been together for two years now. Brittany says she wants marriage, but it doesn’t have to be tomorrow the way that their spin-off made it sound.

Do you think that Jax Taylor and Brittany Cartwright will ever end up married? Sound off in the comments below, and don’t miss “Vanderpump Rules” when it returns to Bravo in December with new episodes. 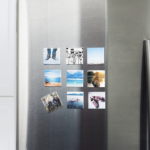 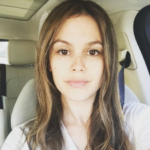