Nick Viall Talks About Life After Split: Is He Dating Now?

Nick Viall and Vanessa Grimaldi met on “The Bachelor” and fell in love, but things didn’t work out. Us Weekly shared the news that Nick is dating once again and talking about how things are going for him. Nick and Vanessa called it quits about five months ago.

Nick is looking for love once again and shared saying, “I’m dating. That’s about all I’ll say.” He won’t admit if he has found someone just yet. Maybe Nick is waiting to see how serious it is before he lets the world know about the new person in his life. Back in November, Nick shared saying, “I’m out there, we’ll see what happens. I’m hoping I’m lucky enough to meet someone sooner or later. If it happens, it happens.”

The fans are just going to have to wait and see when Nick is ready to share who he is dating or that it is serious. It does look like he has moved on from reality shows and that won’t be the next way that he finds the person he is dating.

Don’t miss new episodes of “The Bachelor” on Monday nights with Arie Luyendyk Jr. So far, things are looking good for him on his quest to find love. 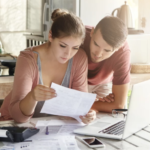 Why You Should Start Your 2018 Taxes Now 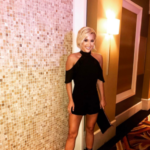