The fans are so excited that “Little People, Big World” is back for a new season on TLC. Now Tori Roloff is teasing fans that she might want another child and the fans love this idea! In Touch Weekly shared the details about what she had to say.

Tori went to her Instagram story and shared a picture of herself with a baby. This happened to be her friend’s child. Along with it, she said, “I could totally have a second kid.” Of course, the second the fans saw this they went crazy hoping that she meant she would be soon or at least wants one.

Tori and Zach’s son is almost one and they are obviously in love with him and being parents. This would be the perfect time for the couple to start trying to get pregnant again. They haven’t denied that they might want more children in the future. It doesn’t look like their show “Little People, Big World” is going anywhere, so another baby would bring in the ratings for sure!

Do you think that Tori and Zach Roloff should have another baby? Sound off in the comments section below, and don’t miss new episodes of “Little People, Big World” on TLC. 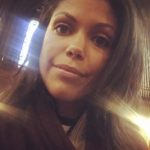 Karla Mosley of ‘Bold and the Beautiful’ is Expecting! 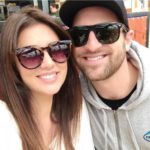