The viewers are loving “Bachelor in Paradise” Season 5. The relationships are really starting to heat up and the fans are wondering when the show will end. For some reason, ABC has been pretty quiet about it. Reality Steve shared earlier today that he thought it might be next week.

It turns out that we are going to get a couple more weeks of the show. Steve went to Twitter to share that he has found out from Zap 2 It when the show will be ending this season. The tweet says, “According to Zap2it listings, there’s 2 weeks left, with the reunion finale airing on Sept. 11.”

That means that the fans are going to get five more episodes of Season 5 of “BIP” after tonight. With “Bachelor in Paradise” airing twice a week, the viewers are getting a pretty long season of the show. This show looks like a few amazing couples could come out of it in the end. It will be hard for there to be a couple as great as Evan and Carly Bass again, though.

Are you happy to hear that “Bachelor in Paradise” will still be around for a bit? Let us know in the comments and make sure to watch new episodes on Monday and Tuesday nights each week on ABC. 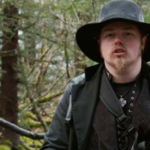 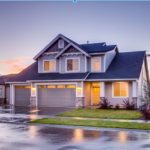