Emily Maynard as ‘The Bachelorette’ 2012: First Preview is Released

Emily Maynard is getting her chance to be “The Bachelorette” 2012. Her season is almost done filming and spoilers are already out for the final four on the show. Now the first preview for the show has been released and we get to see some of the guys on this one. You can watch the preview below.

In this preview, they tease us with several different things. We get to see Emily kissing Kermit the Frog. She also has a guy putting a glass slipper on her foot.

The crazy part on this preview is the very first night a helicopter shows up. Who do you think will show up? Is it Bentley Williams or Brad Womack or someone else?

I personally would not be shocked at all if it is Bentley Williams. He has a thing for Emily and has mentioned that he wants to come back to the show if it is her. Brad Womack has been staying away from TV so I would be surprised if he showed up. Reality Steve has not either one of them returning so who knows who shows up, but we will find out on May 14th when the season starts. 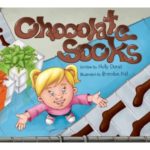 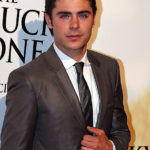