This week on “The Bachelorette” 2012 fans will get to see Arie Luyendyk Jr. warn Emily Maynard about one of the other guys. He doesn’t really think he is there for the right reasons and of course neither do fans! It should be Ryan Bowers he is warning her about. Ryan was even quoted saying he wanted to be the guy cast next as “The Bachelor.”

Check out the sneak peek for week 6 of “The Bachelorette” 2012 with Emily Maynard below. 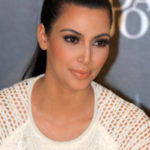