Rumors started flying today that Antonio Banderas is fighting hard to save his marriage to Melanie Griffith after reports came out that he has not been faithful. This could all be rumors though because at this point there just doesn’t seem to be enough information to support any claims.

New pictures are out of Melanie Griffith shopping for flowers and not wearing a ring at all. She could have just simply left it at home. They have been married for 15 years and it sounds like Antonio will do anything he can to keep her from filing for divorce.

What do you think fans? Are Melanie Griffith and Antonio Banderas a couple that will make it work? Sound off in the comments below. 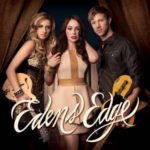