Is Anderson Cooper’s Boyfriend Cheating on Him?

On Sunday, news came out that Anderson Cooper’s boyfriend was seen kissing another guy in new pictures. In these pictures, it is clear that Ben Maisani is kissing another guy. This could be just a little big shocking news to fans of Anderson. Nobody wants to see him getting hurt!

As Wet Paint posted, hopefully this is a misunderstanding. The couple has been together for three years already and there was even talk that they planned to get married. These pictures make it look like more than a casual peck kiss between friends though. Anderson Cooper just came out earlier this year to his fans.

Maybe Anderson and Ben aren’t as serious as fans thought or maybe this is okay in their relationship. At this time, neither one of them is speaking out and giving a statement. Do you think that Ben is cheating on Anderson Cooper? Sound off in the comments below. 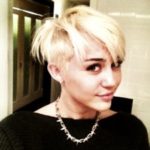