This last weekend my husband and I went to Las Vegas for a trip. While we were there, we decided to go and see the Tournament of Kings show at the Excalibur hotel. We thought it looked amazing and were really excited.

We were able to get a military discount on tickets, but still spent about $120 for two tickets. This didn’t sound very bad considering that it paid for dinner as well. When we went into the arena, it looked great and I loved the fact that there was not a bad seat in the house.

The show started out with a wizard talking to the crowd and they took our drink orders. Pop or water were included, but you had to pay for an alcoholic drink which wasn’t a problem. The meal is one that you eat with your hands only. It started out with a tomato soup that was amazing! Sadly it was the best part of the meal. The rest of the meal was an entire chicken, which was extremely dry and flavorless. It came with some broccoli and potatoes and a biscuit. The biscuit was the best thing on the plate. After that they brought us an apple dumpling. It was very disappointing because it looked like it should be hot, but was cold like it came out of the fridge.

Now we were watching the show as we ate dinner. They would have you cheer on your King and made it sound like whoever cheered the loudest would effect the outcome. It didn’t! It was all a prerecorded show that they were playing over loud speakers. You didn’t even get to hear their real voices.

On a good note, the horses were very well trained, there was some cool fire, and it was a very family friendly show. There was no reason you couldn’t bring the kids to this show which is hard to find in Las Vegas.

Overall we were very disappointed in the show and won’t be seeing it again. It was too rehearsed and the food was too bland. I was glad that the meal was included though since it made the price of tickets not seem so bad. The entire thing only lasted about one hour which is also short for a show.

I do not recommend seeing the Excalibur Tournament of Kings show in Las Vegas. 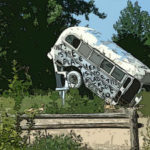 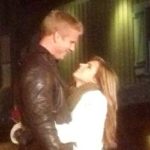 Get to Know Ashlee Frazier of ‘The Bachelor’ 2013