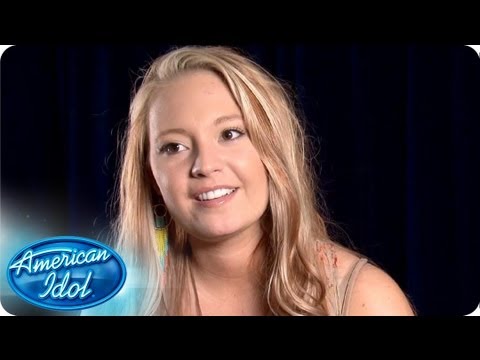 Janelle Arther on the Road to ‘American Idol’

If you are a country music fan, then you probably fell in love with Janelle Arthur last night on “American Idol.” Keith Urban loved her!

Check out her road to “American Idol” below. She says that this is the third time she has come to the show to try to make it. She has made it before past the first round, but she didn’t say how far. Janelle was excited that she got a yes from all four judges.

She says as a kid she didn’t want to play all the time, but instead wanted to listen to music. She thinks her look and her accent will make her stand out. Casey James is her favorite contestant who has been on “American Idol” in the past. He is now doing well in Nashville with his career even though he didn’t win the show.

Janelle Arthur says that she does want to play music for a living. Do you think she could be the next “American Idol”?

If you want to know if Janelle makes the top 40, check out these spoilers!