Beyonce is flaunting it in her new Pepsi commercial. This girl looks nothing short of gorgeous as she shows off her body now and in the past with some great dance moves. It features her doing a dance off with herself from old videos. This has been done before, but nobody looks like her doing it.

The song in the background on this commercial is her new one called “Grown Woman.” It won’t come out until Monday and it will be the first one off the new album. She is looking at herself in the mirror and showing it all off. She looks great of course. She has some Pepsi with her though because she will need something to drink after all of that dancing.

What do you think of the new Beyonce Pepsi commercial and song? Will you be picking up “Grown Woman” on iTunes on Monday when it is released? Sound off in the comments below.

Carnival Triumph Has More Problems as It Floats Away 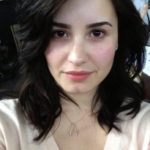