Brooks Forester of ‘The Bachelorette’ 2013 Tells All in New Video

Brooks Forester is one of the guys trying to find love on “The Bachelorette” 2013 that will start airing tonight. In a new video, he talks all about himself and lets fans in on a bit about Brooks. Check out the video below.

In this clip, he talks to “Access Hollywood.” This was from before he filmed the show. They asked him if he knew who Desiree was because she had just been officially announced as the new girl on the show. He had just found out the night before it would be her for sure, but was hoping it would be her all along. He says that her personality goes along well with what he is looking for in a girl.

Brooks wants someone you can have fun with and that is her. He was also asked about Nate Hartsock and says he doesn’t know how to respond when asked if he is concerned about Nate. He says he will figure it out when it happens.

He says that his family teased him that he would need to be on the show to find love. His sister thought it was a great idea and they convinced him to apply on the show. Of course fans know it worked out and he made it there.

Do you think that Brooks Forester has what it takes to win Desiree’s heart on the show? Sound off in the comments. 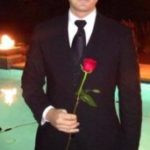 Get to Know Ben Scott of ‘The Bachelorette’ 2013 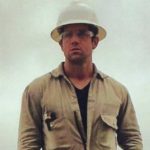 Get to Know Zak Waddell of ‘The Bachelorette’ 2013