In a shocking scandal last night on “The Biggest Loser,” Jillian Michaels got caught giving her team caffeine pills and she did not get permission to do it. If you missed it, the video below shows Allison Sweeney telling her about getting caught and being in trouble for it so check it out.

I was honestly shocked to see this all happen. I was watching the show and I didn’t think that there was any way that she would cheat. To me it appears like they brought it up to cause drama. Why would Jillian just start doing this after so many years on the show? Has she been doing it all along and just got caught or did they just let it slide before?

It is interesting that this twist has brought Ruben Studdard back into the game and he will return next week. I think they wanted this to happen too and that they know it will bring in viewers.

What do you think about “The Biggest Loser” scandal? Sound off in the comments. 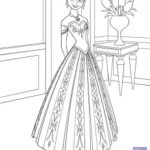 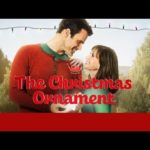 Check Out ‘The Christmas Ornament’ Preview