The rumors are flying about “The Bachelorette” and some people are even saying that Kaitlyn Bristowe is pregnant! She did already reveal that she has a little sexy time while on the show, but you can would think she was hopefully safe while on the show.

Gossip Cop was able to figure out of this rumor is true or not. Life & Style’s report that she has a baby on the way is totally false. They are trying to say that sources close to the show say that Kaitlyn Bristowe got pregnant while on the show.

Do not expect a pregnancy shocker on this season of “The Bachelorette.” There is just no way that this is true. Kaitlyn Bristowe is not pregnant and if she was you know Reality Steve would have already have found a way to spoil this news. It just sounds like a rumor that got totally out of control and honestly I am glad this one is false! 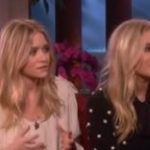 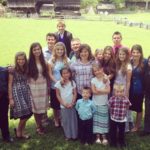 Bates Family Is Praying for the Duggars