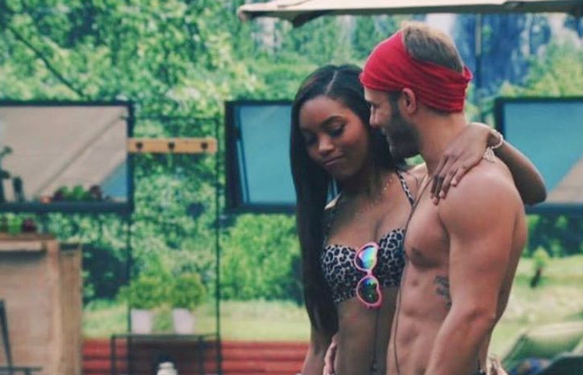 Fans of “Big Brother 18” didn’t think that Paulie Calafiore and Zakiyah Everette would make it, but the two are going strong. Paulie and Zakiyah had their moments with issues at the end of the show, but it ended up all working out in the end. Now these two are off on a road trip together and doing great. Paulie and Zakiya actually went to her Meet and Greet in North Carolina together.

Paulie went to his Twitter and shared saying, “What’s that Zbaby? You’re having a Meet and Greet in NC?! Aight… I’m on my way 😉 http://zakiyah.eventbrite.com Come and welcome home Queen Z!! 👑” They are headed that way together, and it looks like they are ready to have a good time. Recently, they talked on Periscope about how they would be meeting up with Nicole and Cory soon. On Periscope, they were seen kissing each other and really enjoying cuddling up to one another. Paulie and Zakiyah were excited to head on this trip.

If you check out Paulie and Zakiyah on social networks, they have been together constantly since the show ended. They are spending time together, but Paulie has also been buying her a lot of gifts. They have been doing meet and greets together letting the fans see them and get updates. So far, it doesn’t look like anything could split these two up.

If you remember Zakiyah and Paulie had their own issues at the end of “Big Brother 18” and while in the jury house, it looked like they would never work. Somehow, Paulie was able to win her over once they left the house, though. Things are looking really good for Paulie Calafiore and Zakiyah Everette. The other two couples from this season have been seen together as well. Natalie has been calling James her boyfriend and Nicole and Corey just met up together.

Are you shocked to hear that Paulie Calafiore and Zakiyah Everette are still together? Do you think that these two will last? Sound off in the comments section below on your thoughts about this “Big Brother 18” couple and if you feel like they have found a relationship that will last a lifetime or not. 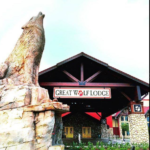 Ways To Save Money On a Trip to Great Wolf Lodge