The reports are out that Amanda Stanton and Josh Murray have called it quits since their engagement on “Bachelor in Paradise,” but so far, the two are not speaking out at all. Us Magazine is now sharing that these two have reunited once again, but it doesn’t look like it was so they could get back together. Josh is back in Atlanta and Amanda actually headed there to meet up with him.

They were seen at Free People clothing store in the Lenox Square mall in his hometown of Atlanta on December 28. Josh and Amanda actually posed for a picture with fans. A source said that they were overheard talking about their plans for New Year’s Eve, but nobody knew if they were planning to do things together or not. “The Bachelor: Countdown to Nick” will be airing on ABC on Sunday, January 1 and Josh and Amanda are expected to give an update on their relationship on this show. That is probably why the couple has been quiet about what is really going on. The fans would love to hear right from them what is really going on.

Are you shocked that Amanda Stanton and Josh Murray have allegedly called it quits? Do you think these two will end up back together again? Sound off in the comments section below on your thoughts, and don’t miss new episodes of “The Bachelor” 2017 with Nick Viall starting on January 2 on ABC. 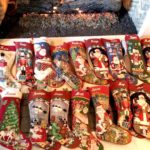 Everyone Gets a Stocking At Kardashian Christmas Except Blac Chyna 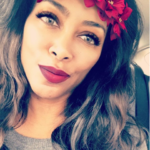 ‘RHOA’ News: Kenya Moore’s Property Broken Into As She Allegedly Chases Them Off With A Gun