Bachelor Nation Will See A First On ‘After The Final Rose’ Tonight!

“The Bachelor” franchise is known for hyping their episodes. Chris Harrison’s voice over a clip promising firsts, the worst, the best and unbelievable! This time, he means it.

The executives have said that tonight there will be a historic announcement on “After The Final Rose.” Fan speculations overtook social media. Some pondered whether or not Nick would say he made a mistake and wants to join Rachel Lindsay’s season as “The Bachelorette” so that he could have another chance with her. Others thought we might see Nick either walk out alone or with Raven, having changed his mind. Well, the speculations can stop because we have the scoop!

According to Reality Steve, tonight will, in fact, be a first on the show. The big news has nothing to do with the former Bachelor but everything to do with Rachel Lindsay! She will get a peek at her guys tonight. Don’t expect to see full introductions but Bachelor Nation and Rachel will at least see some of them. No word on how many will be presented or exactly how.

Make sure to tune in tonight on ABC for “The Bachelor” finale and “After The Final Rose.”

Tags: After the Final Rose, nick viall, the bachelor 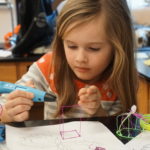 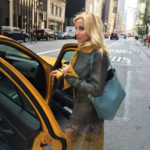