Blake Elarbee of ‘The Bachelorette’ Once Arrested For DUI

Now that Rachel Lindsay is filming “The Bachelorette” 2017, the guys who are on their show are starting to come out. Blake Elarbee is one of the guys trying to win her over this season, and Radar Online is now sharing that he was arrested in the past for DUI.

His name is William Blake Elarbee, but he goes by the name Blake. Back on December 13, 2010, Blake was arrested for DUI. The police report from the Leon County Sheriff’s Office shows that Blake was seen driving with a tire that was deflated and almost off the rim. The officer explained what happened.

“I detected a very strong odor of alcoholic beverage coming from the cabin of the vehicle. Elarbee’s eyes were very red and watery, and his pupils were dilated. Elarbee stated he was coming from Friday’s, where he was attending a work party. Elarbee said he had one beer at the party.”

Elarbee entered a plea of no contest and was found guilty. Want another little bit of information on him? Blake was actually on another reality show. He was on “Ex Isle” which aired on WE.

What do you think of Blake Elarbee as a match for Rachel Lindsay? Sound off in the comments section below on your thoughts, and don’t miss new episodes of “The Bachelorette” 2017 starting in May on ABC. 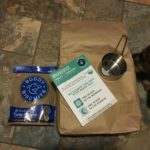 Review: The Naked Dog For Grain Free Dog Food Delivered To Your Door