The news has been going crazy this week about “Bachelor in Paradise.” It turns out that something went down between two contestants and now the show has stopped filming. They sent all of the contestants home. Now everyone wants to know if the show will air or not and Reality Steve went to his Twitter to confirm what will happen.

Steve said, “For the record, one thing I can report to be 100% true: This season of Bachelor in Paradise isn’t happening. It’s been cancelled. As for the future of the show, up in the air. Does it take a 1 yr hiatus & come back next summer? Do they do a diff show next summer? Idk.” Nobody knows what this means for the future of the show. I know that I will miss it if it never comes back. They are going to have to change things up for sure if they want it to work out.

Are you shocked to hear that “Bachelor in Paradise” won’t end up airing this summer? Are you going to miss this show? Sound off in the comments section below, and make sure you watch Rachel Lindsay on Monday nights on “The Bachelorette.” This show has already been filmed, so should all air.

Lauren Bushnell Speaks Out, Never Wanted To Do Spin-Off 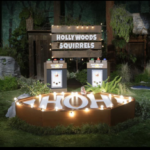 When Will CBS Announce the ‘Big Brother 19’ Cast?