Everyone can’t stop talking about the rumors that are flying that Jax Taylor and Brittany Cartwright have split. Their new show “Vanderpump Rules: Jax & Brittany Take Kentucky” will start airing tonight on Bravo. Now Jax is going to his Twitter to set the record straight on how they are doing.

A fan spoke out to Jax Taylor on Twitter and asked if it was true that they were splitting because they read it somewhere. Jax replied and said, “Nope we are good don’t read trash unless we say it, it’s not true. These tabloids are bored.” Jax and Brittany have been making the rounds and going to different shows to talk about their new spin-off and they seem really happy. It looks like they are just having a good time together.

As of right now, there is no reason for anyone to believe that Jax and Brittany are over. The fans are just going to have to wait and see them on their new show, but this was filmed a few months ago and is just now airing.

Are you happy to hear that Jax Taylor and Brittany Cartwright are still together? Do you feel like these two will make it? Sound off in the comments section below on your thoughts, and don’t miss “Vanderpump Rules: Jax & Brittany Take Kentucky” on Wednesday nights on Bravo. 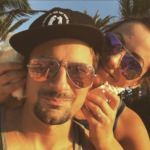 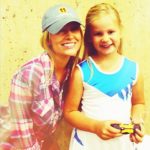 Emily Maynard Johnson Is Pregnant With Her 4th Child!