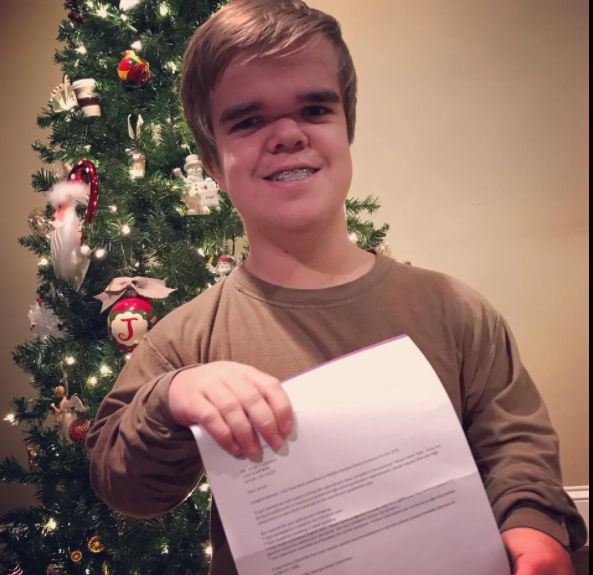 Jonah Johnston Is Headed To College!

The great news is out for Jonah Johnston of “7 Little Johnstons” on TLC. This reality star’s family went to Facebook to share the news that he is headed to college and just got an acceptance letter. The picture showed him holding his letter and along with it said, “🎓College acceptance is in! 🎓#holycowthisyearisflyingby #hesgoingtocollege #journalism #7LittleJohnstons #ontograduation TLC.”

Jonah is the oldest of the Johnston children and it is going to take some getting used to for their son to be gone off to school. Fans love watching them on the show and hope that “7 Little Johnstons” will be coming back for another season soon.

The fans are really excited commenting on the post and congratulating him. So far, they haven’t given any details such as what school Jonah plans to go to next year. He actually just turned 18 and will be graduating this year. Jonah and his family are excited about the future!

Do you love “7 Little Johnstons” on TLC? Make sure that you watch for news about upcoming seasons. So far, TLC hasn’t revealed if the show will be back or not, but the fans are hoping for more! They just can’t get enough of this adorable family.