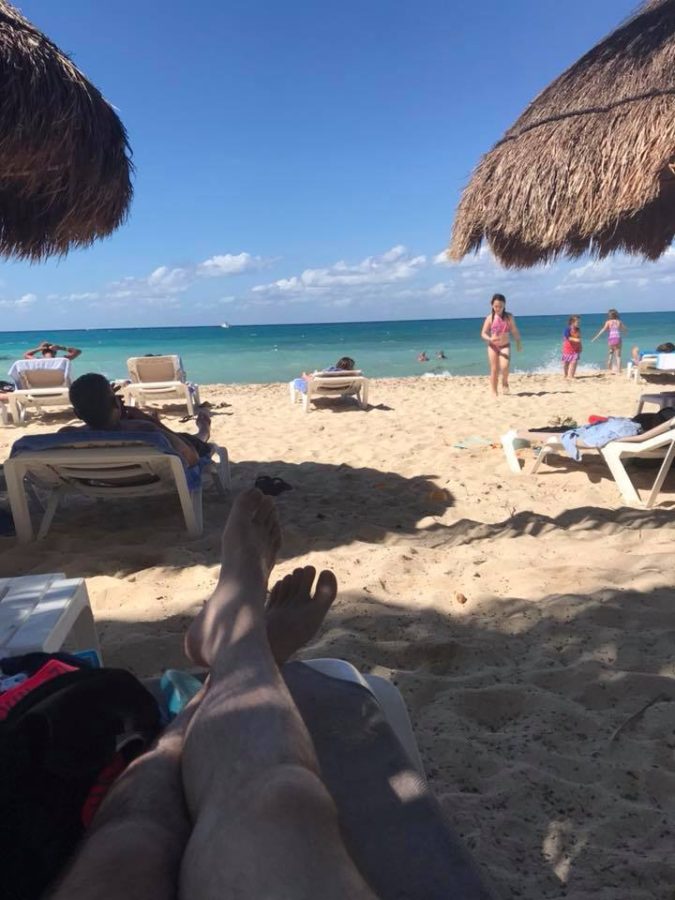 Recently we went on a Carnival Cruise and had a blast! While we were in Cozumel, Mexico we just wanted to hang out on the beach for the day. We picked Nachi-Cocom and were excited about the day. This was not an excursion that you book through Carnival and we booked it on our own. This was supposed to be a great beach and the price we paid included drinks and food. We only spent $168 for two adults and two children. Maybe that should have been my first clue. This beach had an amazing view.

One great thing about this beach was it was an easy ten-minute drive from the port. Once we arrived, they helped us out right away and took us down to an area on the beach to sit. The chairs were pretty gross, but he did change out two of them so the adults had nice chairs but didn’t even set up chairs for the kids.

When we booked this resort, it said they had massages on the beach, but we never saw anything like that available to do. We went over and tried to rent a paddleboard for the kids, he said they didn’t have any that they could use without him taking them out, but we could rent a kayak, so we tried to rent a double one and then they said it was too windy and finally let us rent two single kayaks. It was $20 per kayak for an hour.

We were not impressed with the bartender at all. His name was Angel Poot and he was very rude the entire time. I asked him if they had a bar menu and he said “no” then walked away and ignored me. He seemed very annoyed anytime we asked for a drink. What drinks we did get, didn’t taste very good anyway.

They do have a nice pool and spa area, but the spa said no children allowed and it had kids running through it and nobody was stopping them. It even had a swim up bar, but this is where Angel was ignoring us.

When we ordered food, we had it brought to our table. The food tasted great, but the fajitas were not very big so it was more like a snack than a meal. We actually only stuck around for about two hours and then left to go into Cozumel and find something to do which was a blast. I wouldn’t recommend Nachi-Cocom to anyone heading to Cozumel.