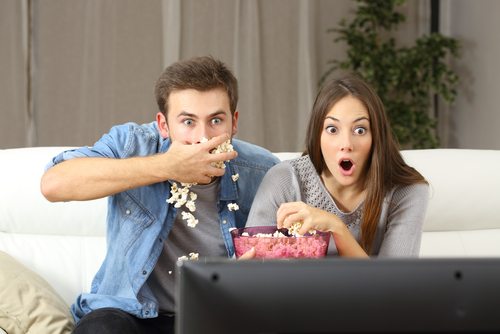 Forget Streaming: DVD and Blu-Ray Movies are Still Worth Buying

It is a fact of life that all media formats become obsolete at one point or the other. And while most people would like to think of DVDs and Blu-Rays as outdated media, their future is still inevitable. As an avid movie enthusiast, you want to ask yourself; are optical disk movies still worth buying?

It might seem ridiculous to buy optical disk media formats in 2021. The disks take up space and can get damaged quite easily. Moreover, you can find and stream just about any movie online these days, so long as you’re using a streaming service or willing to rent or buy a copy.

If you’re undecided on whether to buy optical disk players and films, here are some concrete reasons that should help clear the air for you. You will find that there are still several good reasons to invest in a disk player today.

Owning What You Pay For

As digital media gains more popularity amongst movie and music lovers, you will notice that we’re running into an interesting problem. People cannot own films anymore. Streaming services have been designed in such a way that you either pay the monthly subscription fee to watch selected libraries of content that change every month or shell out a significant amount to access a specific movie.

If you want to own films, you will need to invest in an optical disk player and some disks. Yes! You can still find a few outlets that sell and download films. However, it’s usually also more feasible to just buy the rare movies on dvd.

So, what would you prefer? An optical disk copy of a movie that costs around $10 that you own for a lifetime or a digital license of the same movie, which may disappear one day, for $15.

While many people will debate this strongly with the uprising of high-quality digital media and 4K resolutions, there’s some truth to this. Admittedly, most people recognize optical disk media in low-resolution formats, with the highest resolution ever achieved on disks being 480p.

However, Blu-Ray can support uncompressed 4K video and audio. That’s still much higher quality than you will find on most streaming services.

Some services like Netflix and Amazon are already making a slow crawl toward playing 4K movies. However, most of their films and shows are still in 1080p. Moreover, streaming services compress their 4K videos and audio to prevent buffering and lag.

Then there is the issue of how fast your internet connection has to be actually to play a 4K video without buffering. That’s a cool 20MB/s+ of internet speed, which many internet users still cannot afford or have access to.

Therefore, you will always find satisfaction in seeing your favorite films and shows on good quality video and audio – and Blu-Ray provides just that.

Some Movies Aren’t on Streaming Sites

It is a fact that you won’t find all the films you’d like to watch on your favorite streaming site. In fact, most streaming sites hardly always have rare films and arthouse titles in their libraries. And when they do, they don’t always last long.

As an avid oldies movie fanatic, this makes optical disk players and films an attractive prospect.

Sadly, you also won’t find some of your favorite rare films available for digital purchase either.

Optical disk films are the more obvious solution here. Instead of waiting for your favorite movie to pop up on your streaming service, you can simply buy the disk and own it for a lifetime.

Disks are Getting Cheaper

Gone are the days when optical disks cost a fortune. If anything, you’ll find that optical disks are much cheaper than downloads and digital licenses.

As time goes on, the price of optical disk films continues to decrease. At the same time, digital licenses and prices of streaming services are relatively high.

We’ve seen this from the history of DVD media. There always comes a time when people have to start purging some of their obsolete media collections in favor of the newest formats. You can already see this happening on some websites that sell physical media. You will find no shortage of seemingly “expensive” films selling at bargain-bin prices.

At some point, you would think it’s worth it to own an optical disk player just so you can pick some of your favorite rare movie copies to binge-watch.

The Analog Experience is Still King

Optical disks still have sway in the movie world for the same reasons that people still buy CDs, vinyl, and cassette tapes. It must be the nostalgic analog experience that kicks in sometimes. You probably know of the feeling of taking a disk out of its case and placing it in your optical disk player. Just seeing the technology work in itself is satisfactory enough for some people.

Then there is also the fact that people tend to feel more attachment to physical things, things that they can see and touch. The feeling of ownership of a disk or cassette tape also helps you form some sort of bond with that material. These are feelings that digital media cannot replicate.

There are still plenty of movie lovers who appreciate the appeal.

There you have it! Critical reasons why you shouldn’t give up on optical disk media just yet. If I were you, I would rather not depend on the digital rights of your streaming services and films. There’s no point investing such amounts in your favorite films, only for them to disappear from your streaming services.

Try watching some of your favorite movies on disks today. The feeling is ecstatic. 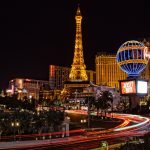 Live and Die by the Dollar: A History of Hotel Casinos