It’s a race to the Coke, but the Arabs won’t win! They aren’t even given a chance to try at all. In a new 2013 Super Bowl commercial, it is a race and fans get to vote on who wins and makes it to the Coke first. An Arab group is really mad though because they don’t even let fans vote for the Arab guy that is out there! What the heck?

I have to say that I totally see their point! He didn’t even get a chance to win so why have him there in the first place? I am not impressed by the way they handled it and they should have thought about that first.

Check out the video below. Let me know if you agree that it is not okay in the comments section. I am curious to hear what you guys think about this Super Bowl commercial. Should it even be allowed to air?

Visit NBCNews.com for breaking news, world news, and news about the economy 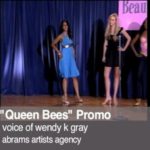