“Army Wives” is coming back for season 7. There are huge spoilers coming out and this preview shows fans a lot. We already found out that Jesse McCartney will be in the new season. I love watching him on television again!

This preview shows that pretty much everyone is back together again. Roxy LeBlanc is there even though we know she will be part time this season. One person fans will be excited to see is that Pamela Moran is there and fans haven’t seen that character much on the show lately. I thought she was gone and I am really glad to see these two back together again!

If you pay a lot of attention to the preview, you can see who isn’t there. They are all at a funeral and it looks like a huge spoiler on which main character ends up dying. Who do you think is gone from “Army Wives”? Sound off in the comments below. 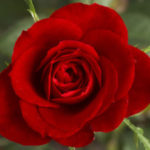 Emily Maynard is Crushed She Isn’t on ‘DWTS’