Tomorrow night is the big finale of “The Bachelor” 2013 and Sean Lowe has to pick his winner. He will choose one woman to be his wife and of course spoilers are already out there.

There is a new preview video out. Catherine Giudici is laying her heart on the line in this clip and telling Sean Lowe exactly how she feels. She is in love and wants him to know it before he makes his final choice and proposes. She realizes that after this time she will not see him again until he is on one knee.

Catherine says that she could not see it happening anyway but her accepting his proposal. Sean is realizing how much she feels for him. He admits the only thing holding him back is the fact that Lindsay Yenter is still there and he has two different girls to choose from in the end.

Check out the clip in this video posted below. 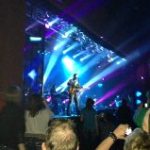