Tonight on “American Idol” 2013 it was down to just the three final girls. Candice Glover was the only girl to get a standing ovation. She sang the song “Somewhere” and really impressed with this one. As Randy Jackson would say, “She is in it to win it!”

This was the one that the “Idol” production chose for her and not one she picked herself. It is from the movie “West Side Story.” A lot of “American Idol” people end up on Broadway at some point so this could end up being the perfect place for her if things don’t work out where she wins “American Idol” and is out traveling the world.

When she was done, all four judges were on their feet cheering her on. Candice Glover did a great job with this song. Nicki Minaj simply told her “See you next week.” What did you think of her performance tonight? 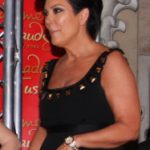 Rumors Swirl Kris Jenner Can’t Get Stars on Her Show 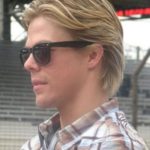