Chad Johnson of ‘The Bachelorette’ Is Returning to TV: What Show Did He Just Join?

Chad Johnson of “The Bachelorette” and “Bachelor in Paradise” is joining another show. I have to admit I am not a huge Chad fan, but that being said, he makes great television. Reality Steve shared the news today that Chad will be joining the show “Famously  Single” on E!. If you remember, Josh Murray was on the show last season, and now he has found love.

The last season of this show took single people such as Josh Murray and Brandi Glanville and had them live together in a house. They were taught reasons that they might still be single. Chad Johnson obviously needs a bit of help with this one, and it should be interesting to watch.

Chad hasn’t even started filming “Famously Single” yet, but viewers got to see him on “Ben & Lauren: Happily Ever After?” this week. So far, I didn’t notice any big changes in Chad and the way he was acting. So far, there are not any spoilers about who else will be on the show with him.

Are you shocked to hear that Chad Johnson is going to be on another show? Do you plan to watch him? Don’t miss Chad on “Famously Single” when it returns to E!. 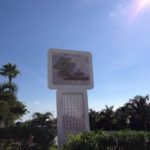 Review: GR Caribe Hotel By Solaris in Cancun, Mexico Fun, But Not Our Style 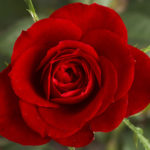 Another ‘Bachelor’ Couple Joins ‘Marriage Boot Camp’: Who Is It This Time?