After recently sharing about his father having cancer, Jax Taylor has now revealed that his father passsed away. The star of “Vanderpump Rules” went to his Twitter to share the sad news with fans.

Jax actually said, “My heart is broken, I lost my best friend and the best man I have ever met last night, I love you so much dad I can’t even breathe anymore, only person not letting me fall right now is my amazing girlfriend. I love you dad.” Jax does sound like he is having a hard time with the news, but he does have Brittany Cartwright by his side. She is being the rock he needs.

Jax and Brittany have been through a lot lately, but they are still together and pushing through. Times like this are really hard, but will only bring the couple closer. Jax is going to need a huge support team to make it through this, but he does have a lot of friends.

Don’t miss new episodes of “Vanderpump Rules” on Monday nights on Bravo. More than likely, none of Jax’s dads battle will be seen on the show seeing that it all happened so fast after they were done filming this current season. 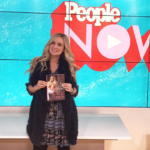 Emily Maynard Reveals If She Plans to Watch Arie Luyendyk Jr. as ‘The Bachelor’ 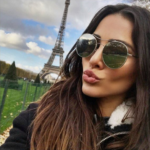