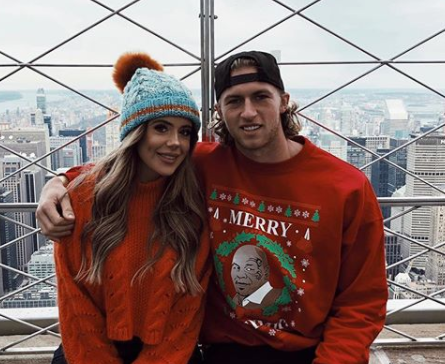 Fans are surprised to hear that Brielle Biermann of “Don’t Be Tardy” is single once again. Us Weekly shared the news about how Brielle and her boyfriend Michael Kopech have called it quits after two years together. The couple isn’t saying anything yet and she does still have pictures of him on her Instagram.

Multiple sources are actually speaking out and saying that they are over with so the couple should be sharing a statement pretty soon. Here is what one source revealed.

“She was having a difficult time with the distance, both of them wanted to see more of each other but with his baseball schedule and her shooting schedule and everything going on with the show in Atlanta, they just couldn’t seem to make it work anymore. They both wish each other the best and ended things amicably.”

It is sad to hear that they couldn’t make it work. On last season of “Don’t Be Tardy,” Brielle was talking about moving in with him, but her parents didn’t love the idea. Plus, if she wants to be part of the show then she has to be around with her family so that she can film it. This is her job, so that paycheck is needed of course.

Are you surprised to hear that Brielle and Michael are over with now? Sound off in the comments section below on your thoughts, and don’t miss new episodes of “Don’t Be Tardy” when it returns to Bravo. 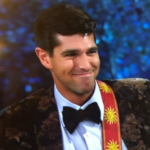